Transitions and Recognition at the 2019 PPRA Annual Meeting

At the 16th combined annual meeting of the Asphalt Emulsion Manufacturers Association, the Asphalt Recycling & Reclaiming Association, and the International Slurry Surfacing Association, nearly 260 members, industry representatives, and spouses witnessed transitions in leadership and recognition of  achievements and exemplary services to the industry and the associations.

The meeting, located at the Grand Fiesta America Coral Beach in Cancun, Mexico, started with a compelling keynote presentation by former U.S. Navy Seal J.P. Dinnell, who spent nearly a decade in the SEAL Teams with three combat deployments.  Highlighting some of his experiences, Dinnell spoke to how to build a high-performance winning team and dominate the industry battlefield. 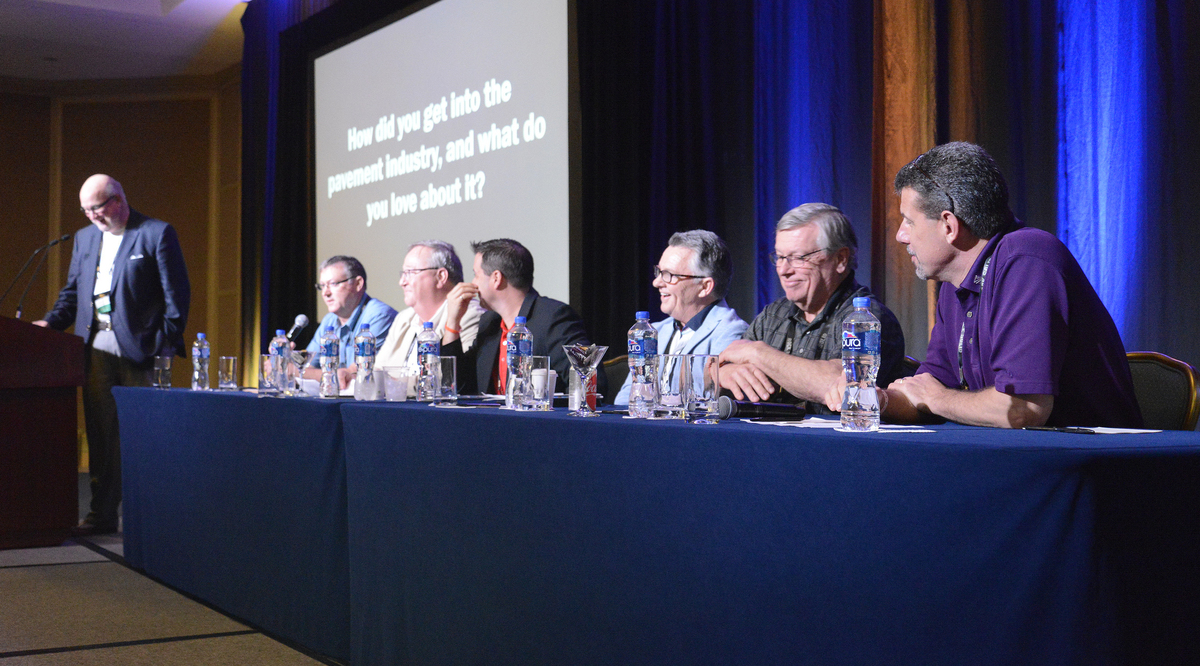 The general session closed with Vario Consulting’s Lindsay Matush and Grace Stansbery highlighting the success of RoadResource.org to date and describing how to use the website as both an educational and marketing tool.

Association-specific sessions offered educational opportunities over the course of the meeting.

ARRA’s session focused on business-related topics, with Bob Johnson, Bob Johnson Safety Services, leading off with a presentation on “Relationship Based Safety: Lead with Your Heart”; followed by Jacob Monty, Monty & Ramirez LLP speaking on “Managing a Hispanic Workforce”; next was Preston Ingalls of TBR Strategies LLC on “Applying Equipment Best Practices to Reduce Cost and Improve Profitability”; and lastly Horacio Delgado, Mexican Institute of Transportation, spoke to “The Market for Asphalt Recycling in Mexico.”

During its 43rd Annual Meeting, ARRA elected its officers and Board of Directors for the 2019-2020 term. Eric Baker, Roadtec Inc., was elected as President of ARRA.  Baker is Vice President of Sales & Marketing for Roadtec.  Stepping into the role of Vice President is Jonathan Pease, President of Rock Solid Stabilization & Reclamation, and Kimbel Stokes, General Manager for The Miller Group, Inc., will serve as Secretary/Treasurer. Rounding out the officers, Darren Coughlin, Coughlin Company, will serve as Past President.

During its 57th Annual Convention, ISSA elected its officers and Board of Directors for the 2019-2020 term. ISSA elected a new President, Doug Hogue, who is Vice President/GM at VSS Macropaver. Larry Tomkins, Vice President – Sales and Marketing, Southeast Region at Ergon Asphalt & Emulsions, Inc., was elected as the new Vice President, and Chuck Ingram, Slurry Pavers Inc. was elected as Secretary, and finally Eric Reimschiissel, American Pavement Preservation, was re-elected as Treasurer.  Completing the officers is Rex Eberly, Bergkamp Inc., who moves to the immediate Past President role.