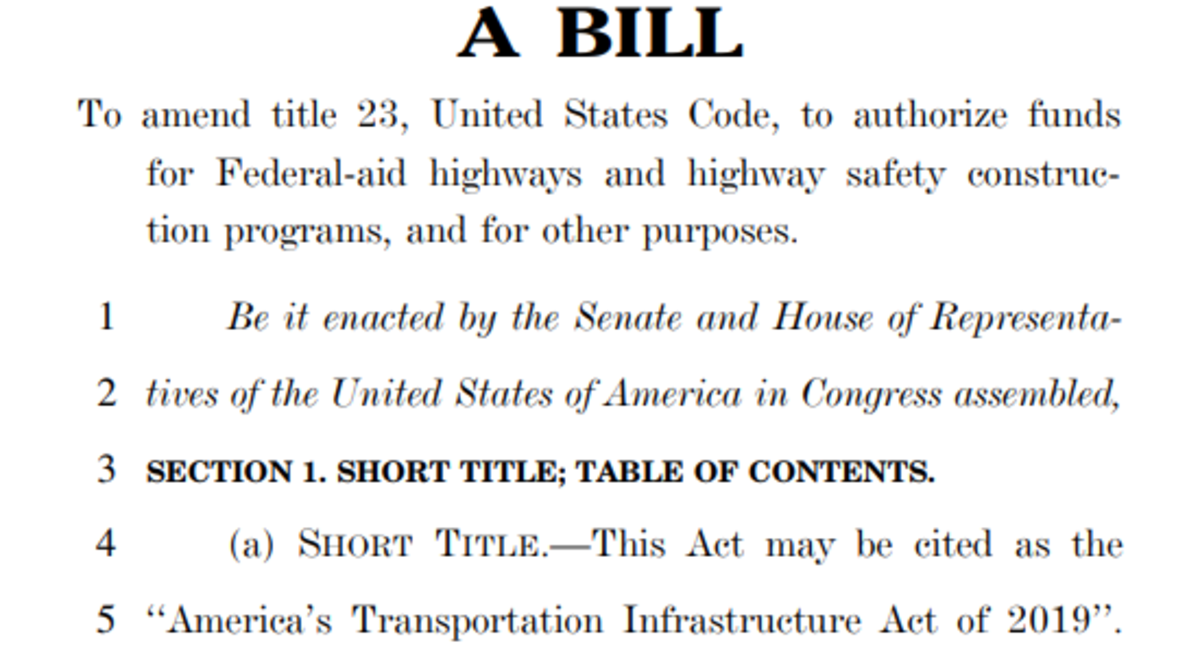 Earlier this week, the Senate Environment and Public Works Committee Chairman Barrasso (R-WY) and Ranking Member Carper (D-DE) released America’s Transportation Infrastructure Act (ATIA), S. 2302. The Committee marked up the five-year highway bill and approved it on a unanimous vote of 23-0 this morning, prior to leaving for their August break later this week.  The nearly 500-page bill is Congress’ initial move in the process of passing a long-term highway authorization bill by October 1, 2020 when the current highway authorization bill, the FAST Act, expires.  Next steps in the process for ATIA are for the Senate Commerce Committee to draft, introduce and mark up a safety title and, more difficult, for the Senate Finance Committee to mark up a provision identifying funding for the bill.  Senate leaders were very clear that they want to pass a fully funded five-year reauthorization bill. However, as of last week, Senate Finance Committee Chairman Grassley (R-IA) indicated that his Committee has yet to begin that process. The House is expected to draft its version of the highway reauthorization bill early next year.

As noted by Chairman Barrasso at the mark up this morning, “The bill authorizes $287 billion over five years, including $259 billion for formula programs to maintain and repair America’s roads and bridges.” This is a 27 percent increase over the FAST Act funding levels which will be hugely beneficial to our nation’s infrastructure. The bill focuses both on expediting project delivery and improving the environment through policies meant to reduce emissions.  Among other things, the bill: codifies key provisions of the Trump Administration’s “One Federal Decision” policy to streamline federal decision-making; maintains formula fund distribution to states for maximum state flexibility; establishes a program to support projects that will improve the resiliency of roads and bridges to extreme weather events and flooding; and establishes programs to begin to reduce emissions.

President Trump tweeted out his support for the bill, immediately prior to the mark-up.

Read a summary of the legislation here.

Read the full text of the legislation here.