For Scott Gibson, taking care of the roads in his community requires more than just pavement maintenance -- it’s a way to support the mobility and access for all residents in the area.

As a project manager for the Regional Transportation Commission (RTC) of Washoe County, Gibson works to combine assets for three counties in Nevada: Reno, Sparks and Washoe. With a current average network PCI of 82.7, it’s a job that requires looking at the big picture.

Gibson and the RTC Washoe don’t just talk the talk; they walk the walk. In 2002, Washoe County implemented a new fuel tax that accounts for inflation. This provided funds for the RTC to implement one of the country’s most innovative pavement preservation programs.

Gibson and his team were careful to make the most of their resources.  Using a “3-legged stool” approach, a transportation plan was built that would not only address road issues, but create positive economic, environmental, and social impact.

This plan is only possible due to the progressive management of the network over time. Since the tax increase, Gibson has continued to inject life into his road network with right-timed preservation treatments. Out of a total yearly budget of $18 million, RTC Washoe puts aside about one-third for pavement preservation, which includes micro-surfacing, patching and crack sealing treatments. Using a 7 year cycle, the RTC is able to treat each of the roads in their network with a current PCI of 55 or higher.

“Keeping your pavement and network in really good shape gives you all kinds of opportunities to do cool stuff,” said Gibson.

In 2015, Washoe County was maintaining a thriving network (average PCI 85). Given the status of their roads, the RTC was able to reallocate pavement maintenance funds toward metropolitan planning and transportation.

This shift involved a massive complete streets initiative and road diets for two major five-mile corridors in the area. The term “road diet” refers to an intervention that reduces the number of travel lanes and effective width of the road in order to achieve systemic improvements. They are cited as development opportunities that reduce collision zones, open transportation to cyclists, and reduce vehicle speeds-- without affecting traffic flow. These improvements were made possible because Gibson wasn’t chasing down a deteriorating network, but preserving a healthy one. 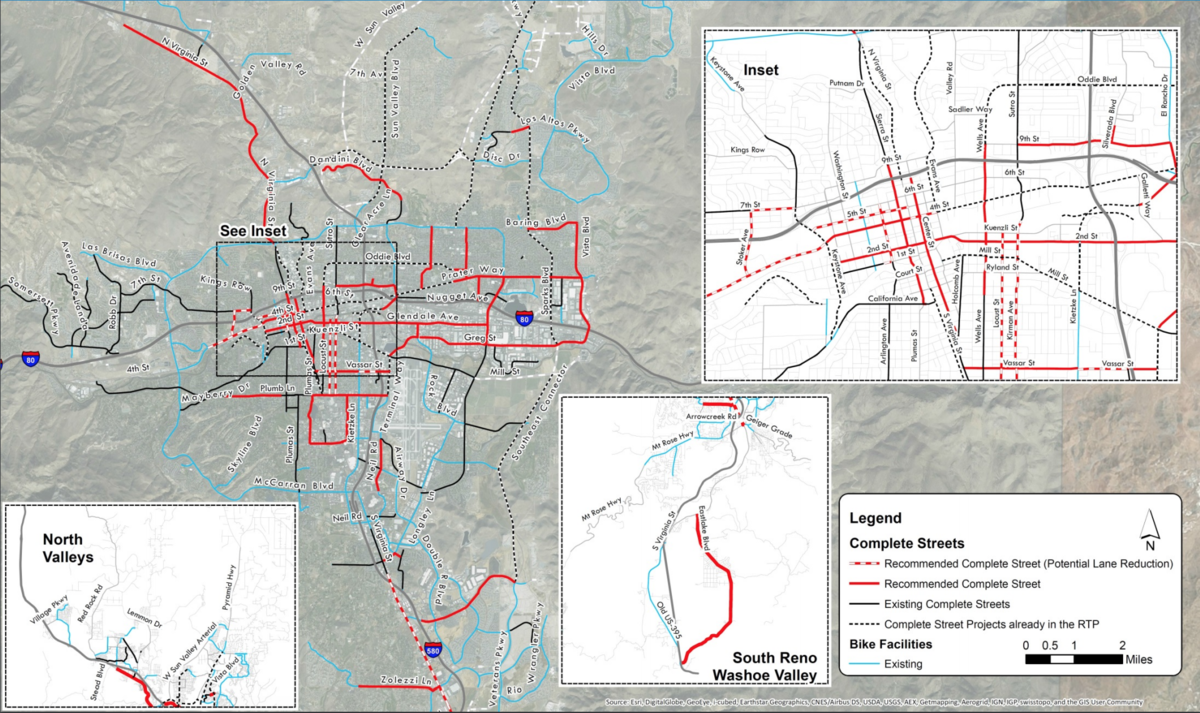 Money isn’t the only place pavement preservation can help communities save. Preservation treatments reduce the use of natural resources compared to conventional maintenance, and lower overall emissions from the construction process -- all while improving the condition of the pavement.

The RTC’s pavement preservation plan has received exceptional response from residents in the area, and the industry at large. After decades of disrepair in Washoe County, Gibson says the improvements were a welcome change.

“Back in the 80’s our roads were horrible. We had several bad winters and it destroyed the road network,” said Gibson. “We had some community memory from that...a visceral awareness of how important a functioning road network is and how it can deteriorate if you don’t take care of it.”

Gibson says the force behind his plan comes from residents and officials taking the initiative to enact change for their community.

“On the federal level, funding is difficult. They just don’t provide funding to states like they used to,” said Gibson. “Communities have to take care of their own. There are complicated factors in doing that, but it’s been powerful for us to take care of our own roadways and transportation needs.”

For more information on the RTC of Washoe County, and their innovative plans, visit rtcwashoe.com. Find details about the preservation program here, and metropolitan planning information here.