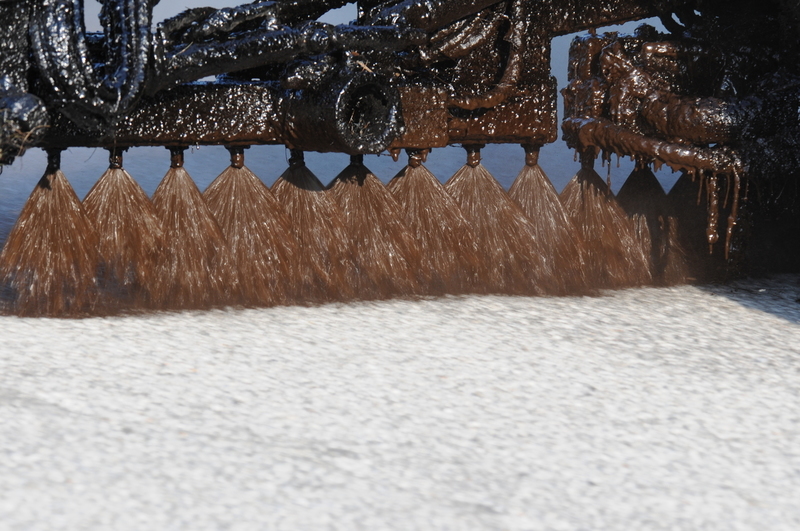 Conclusions from FHWA Guidelines for Using Prime and Tack Coats (2005)

2. A loss of bond between HMA layers can cause crescent-shaped slippage cracks or debonding to occur, leading to reduced pavement life.

3. Prior to tack application the surface should be clean, dry and free from loose material.

4. Applying tack is not a substitute for properly cleaning the existing HMA surface.

6. If possible, all traffic should be kept of tacked surfaces.

7. Tack should be applied to old existing HMA surfaces and PCC surfaces.

8. Tack has been successfully deleted between new lifts of HMA when the existing surface is still clean and tacky.

9. There is not complete agreement regarding the requirement that tack coat be allowed to break and set before placing the HMA layer.

10. Many factors were shown to affect laboratory interface shear strength, including rate of shear, magnitude of normal force, temperature and joint construction.

12. The higher the viscosities of the bituminous binder in the tack, the higher the reported interface shear strength.

Select and apply treatments with confidence and success.

How to improve your network and get the most mileage from your budget.

Get the most life from your roads and protect your investment.

Unlock the value of your existing resources with the materials you’ve already paid for.